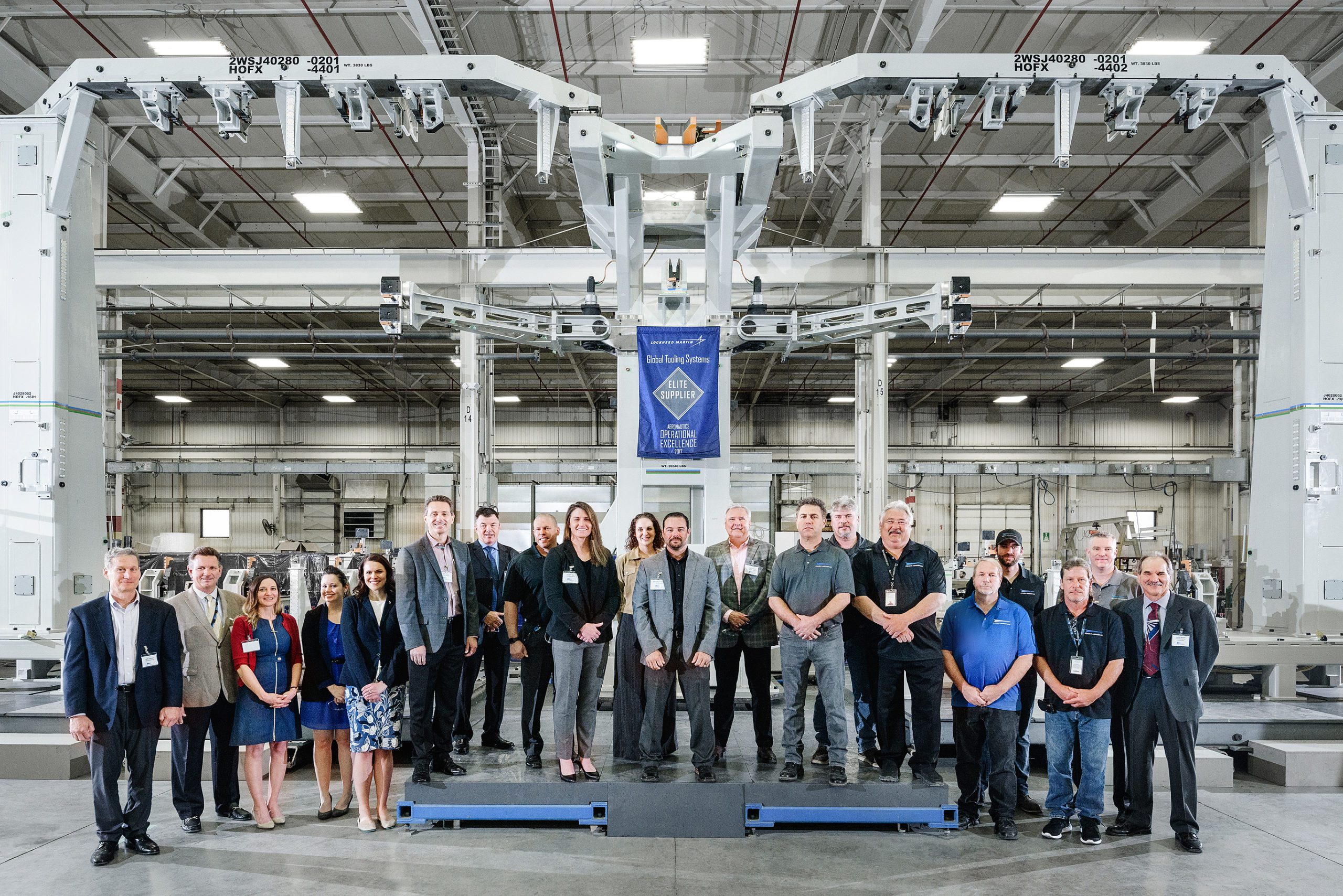 Macomb, MI – 21 May 2018. Global Tooling Systems, an Ascent Aerospace company and a leading provider of intelligent assembly systems for aircraft manufacturing, has been named by Lockheed Martin Aeronautics as an Elite top performing supplier for tooling and support provided for the F-35 Lightning II, including assembly jigs, work stands and other production tools for manufacturing the stealth multirole fighter jet. Global Tooling Systems was recognized three of the last four years, previously earning top supplier honors for work delivered in 2016 and 2014.

Ascent is among the 23 suppliers, representing the top two percent of LMCO’s 1,400 suppliers, who achieved at least 98% quality and 98% delivery in 2017. According to a representative from Lockheed Martin, “Your partnership and commitment to on time delivery and quality products ensures our ability to offer safety and security across the globe. You play a critical role in delivering capabilities to the men and women in uniform, ensuring they can execute their missions and come home safe.”

During a May 17 award ceremony in Macomb, Lockheed Martin SCM Category Management Director Vince Feck, flanked by Matthew Threet and Aubry Roe, praised the large team at Global Tooling Systems that worked together to achieve this honor. On behalf of LMCO, Feck presented the team with a banner, which was accepted by Ascent employees Ken Flint, Ferdinand Pjetrushi, Kevin Franz, George Murray, Tom Sutton, and Phil Fisher. The representatives from Lockheed Martin were joined by delegates from Macomb County, the Michigan Economic Development Corporation, Automation Alley, and the Macomb Regional Procurement Technical Assistance Centers for a factory tour.

The tour concluded at a flexible wing holding fixture, which has just completed manufacture and is slated to serve on the Lockheed Martin’s F-35 assembly line in Fort Worth, Texas. The flexible fixture accepts multiple wing and center body scenarios to accomplish both wing assembly and wing-to-body joining. The multi-function, flexible nature of the fixture will help LMCO to increase throughput and maximize utilization of capital equipment, to economically support rate increases for the program.